drop a mail or hook me on insta 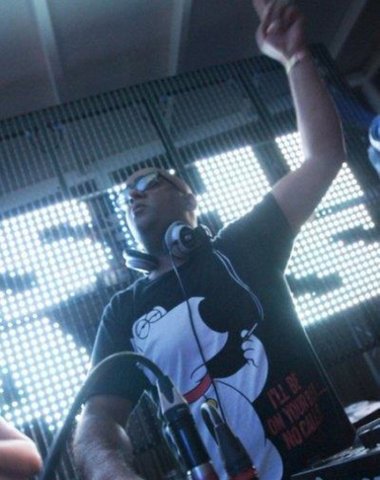 This Amsterdam born dj and producer needs no introduction, really. Rishi Bass started spinning hip-hop, R&B and soul in 1990 but not for long as he got  ‘infected’ by the house music virus in the early nineties. Like every other hard working dj back in the day, he spent a couple of years spinning anywhere and everywhere, working the field, till his big break finally arrived as Rishi was asked to do a club mix for the National dance radio (1996).

His skills didn’t go unnoticed. The very  first booking at legendary RoXY Amsterdam  was a fact, followed by a Sunday residency at RoXY’s.

His first release in 1999 (The Defect E.P.) was a commercial success, big enough to put Rishi Bass on the international map; the follow up track was a release together with DJ Roog and Greg from Hardsoul.  During the next couple of years he kept gigging all over the place. It looked as if he could be at multiple locations at the same time as his name could be found on almost every bill of every major club and/or party in existence.

His productions grew stronger with every new release and when in 2003 his track “Peak Compression” was picked up by Pete Tong in the BBC Radio 1 show, it seemed nothing could stand in the way of this talented dj/producer.

What can we say: with more than 100 official releases, videoclips, his own record label. and more than 15 years of experience. Rishi Bass will rock you  and surprise you with his energetic uplifting sets.